Sullivan Goss – An American Gallery is proud to announce the exhibition of Hank Pitcher’s first mural painting from his new studio, as well as a curated selection of small and medium format paintings of the forces and forms of life in Central California.

Pitcher recently moved to a new studio so spacious that it allows him to step back 20 feet from a canvas in progress. In his new studio on a bluff overlooking the Pacific, the canvases have gotten larger, creating new challenges in composition and perspective. Said the artist, “The title of this exhibition refers to the horizontal format. One of these paintings is 17 feet wide. It is peripheral but also involves space near and far away. I think this comes partially from growing up surfing alone or with just a few other people in the water. I needed and wanted to be aware of what was going on around me.”

Recording the most elemental issues of life in Southern and Central California for over 40 years has imbued Hank’s life’s work with a depth not often seen. Andrew Wyeth studied the people and landscape of the Brandywine valley for decades. Georgia O’Keeffe painted the landscape and icons around Abiquiu, New Mexico for decades, too. Hank’s project belongs to their lineage. His painting is as grounded in real life in California as it is in the grand tradition of American painting. Pitcher notes, “These are views that I have been looking at for a long time, and return to again and again. I have been making paintings of two of the views in this exhibition since the Eisenhower Administration. I think these paintings also end up being about time and timelessness. The longer I look at something the more it becomes about what it is than what it was or will be.”

Building upon his interest in working larger, Hank Pitcher was recently commissioned to paint a mural for the Goleta Valley Cottage Hospital in the entry vestibule. It is due to be installed in the summer of 2014.

Hank Pitcher has been painting seriously for over four decades. He currently lectures at UCSB’s College of Creative Studies, where he has served since 1971. Early on, he befriended Paul Georges on the east coast and later Paul Wonner, making him an unlikely bridge between two distinctive post­abstraction figurative styles. Pitcher was recently celebrated with a 40 year retrospective by the Wiegand Gallery at the University of Notre Dame de Namur near San Francisco. Celebrated curator and critic Peter Frank wrote the catalog. Hank Pitcher: The Long View is the first gallery exhibition since his retrospective. 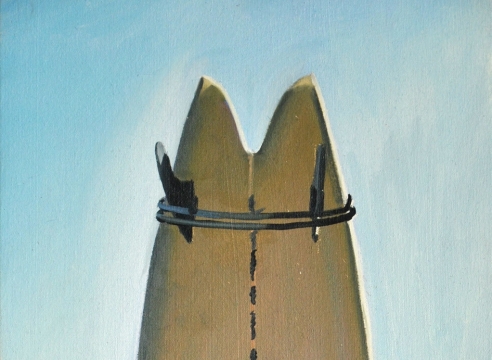 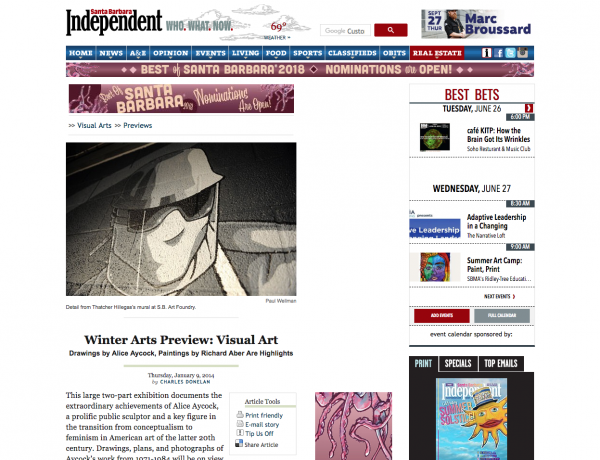 Drawings by Alice Aycock, Paintings by Richard Aber Are Highlights 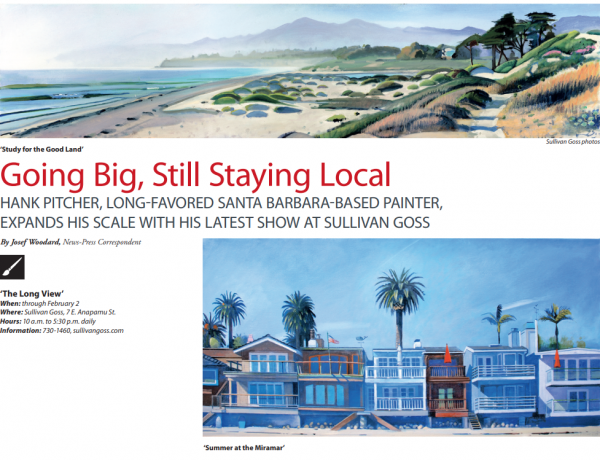 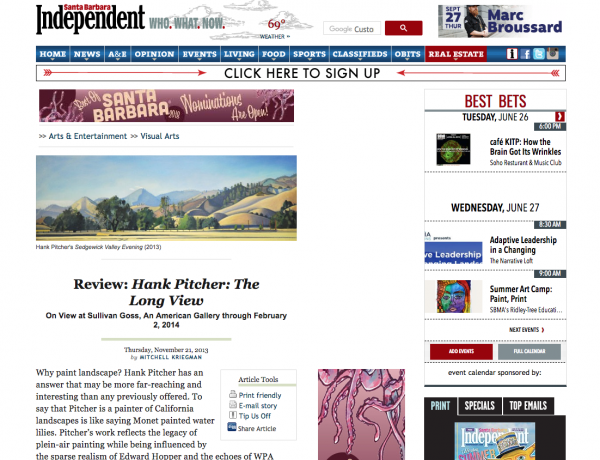 On View at Sullivan Goss, An American Gallery through February 2, 2014 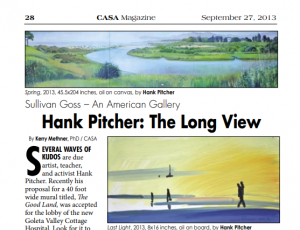