Walt Whitman in I Hear America Singing, Sinclair Lewis in Main Street, Allen Ginsberg in Howl, Bob Dylan in The Times They Are A-Changin’ … all defining the American Scene. Painters in this country also worked to define the American Scene. However, it seems that for several hundred years after the pilgrims set foot on this continent there was no truly American Art. There were artists who learned in France or Germany or England, and brought their academic influence to the United States. However, they were not interested in painting American scenes, but scenes with the look of European art.

American artists were good, but no equal to Veronese or John Constable or Edouard Manet. Europeans were great; Americans good. Early American collectors crossed the ocean and snatched up Old Masters, Renaissance painters, Georgian cartouches, Medieval tapestries, and Impressionist village scenes. In every major city our philanthropists founded museums: New York, Chicago, Philadelphia, San Francisco. Examples of Greek, Roman, Etruscan, Medieval, Renaissance, and Impressionists were exhibition headliners. A city without a Rembrandt or a Cezanne was a city without pride.

And then we helped put an end to The Great War. Our soldiers came back humming George M. Cohan’s “Over There.” Suddenly “yanks” were proud of their music and their art. Following the First World War museums started to refer to American masters: Winslow Homer, Albert Pinkham Ryder, Thomas Eakins. Of the three only Eakins spent time studying abroad.

Then, with the quiet of a Kansas thunderstorm came the great Midwestern triumvirate: John Steuart Curry, Thomas Hart Benton and Grant Wood. Bang. Returning to the soil, local scenes and the nobility of physical labor, these painters lead the Nation through the Depression with a potency that is purely and simply American. Quickly the nation fell in love with its artists. The WPA and Roosevelt’s New Deal encouraged artists to work “in their own towns, in their own villages, in schoolhouses, in post offices, in the back rooms of shops and stores, pictures painted by their sons, their neighbors — people they have known and lived beside and talked to.”[Franklin Delano Roosevelt at the dedication of the National Gallery of Art, 1941] Lithographs, reproductions and originals could be found in many homes. Out of the heat of the Great Depression came New York painters Reginald Marsh, John Sloan and Isabel Bishop using the Scene format as a form of social protest.

Before World War II the scene tradition continued westward where regionalists Millard Sheets, Dan Lutz and Richard Haines carried the Scene banner. Even in the modern era the work of Jacob Lawrence, Fairfield Porter, Andrew Wyeth and many others carry on the Scene tradition. Sullivan Goss has assembled a national view including a carnival scene in New York City by Cecil Bell, Midwestern WPA Post Office Mural sketches by Richard Haines, a view of Bunker Hill in Los Angeles by Dan Lutz (cover) and the work of many others. This exhibit also includes contemporary artists who choose to work in the Country’s native art – The American Scene Tradition. 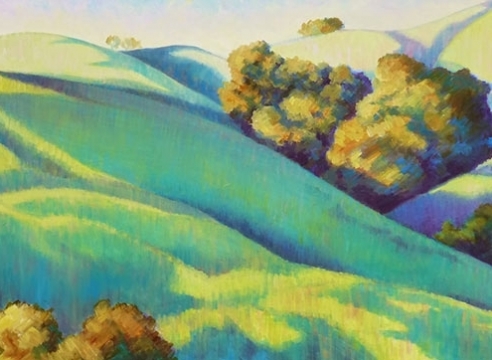 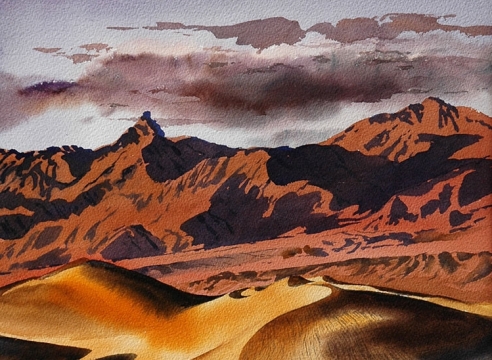 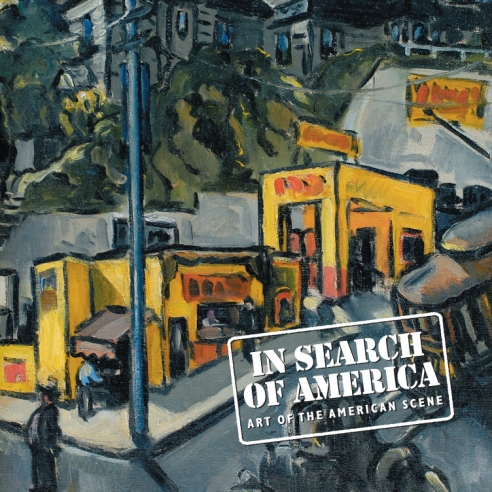 In Search of America
Art of the American Scene August, 2004
Back To Top