SANTA BARBARA - Sullivan Goss - An American Gallery is excited to announce our first solo exhibition for Nathan Huff.  The show will feature a diverse selection of sculptures and paintings, including a monumental 14 foot tall scroll painting that stretches from floor to ceiling in our first gallery space, and an installation that will occupy our front window space.

Huff moved to Santa Barbara in 2013 to accept a position as Assistant Professor of Art at Montecito’s Westmont College, and quickly became known as one of the most exciting young artists in town.  His distinctive vision features a range of recurring objects, icons, and visual metaphors, suggesting a deeply personal and often mysterious significance.  Through expressive use of color and remarkable draftsmanship, these dreamscapes turn commonplace objects into scenes of awe inspiring beauty. 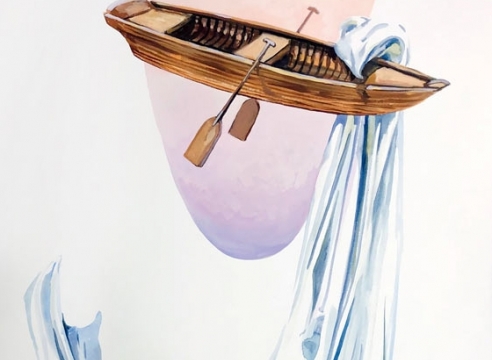 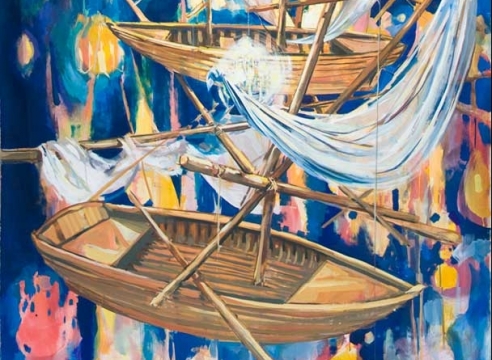 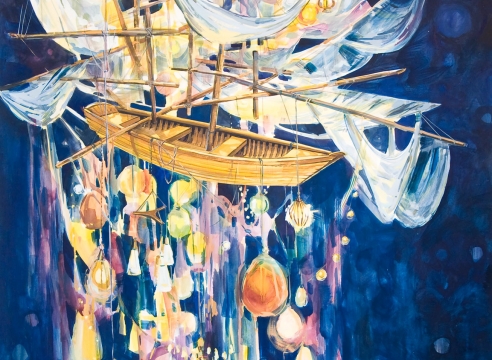 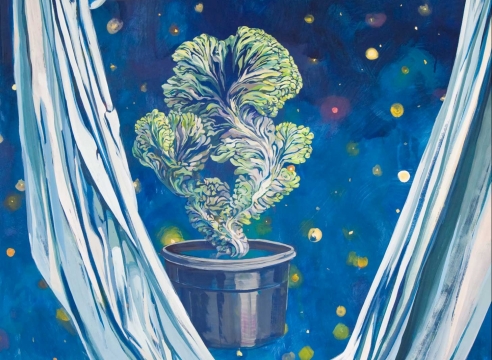 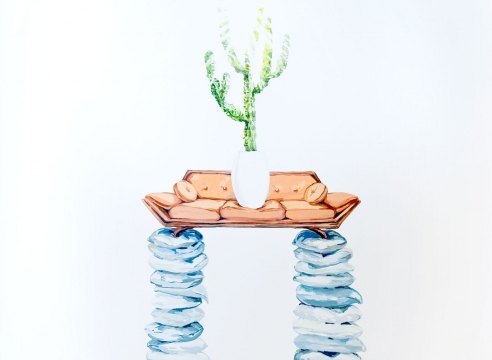 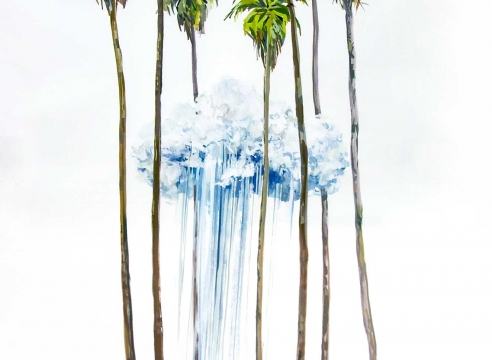 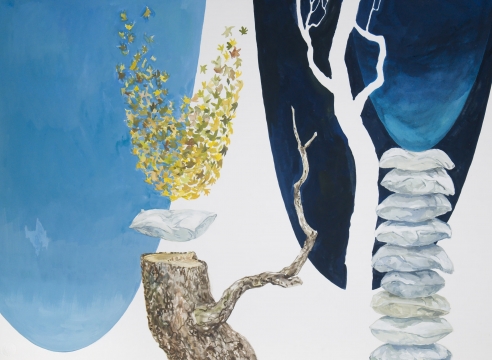 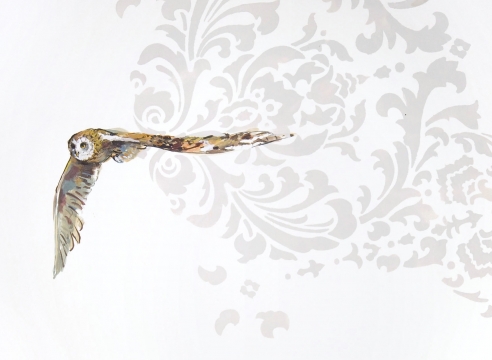 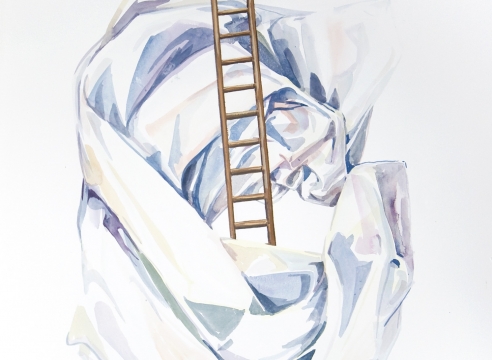 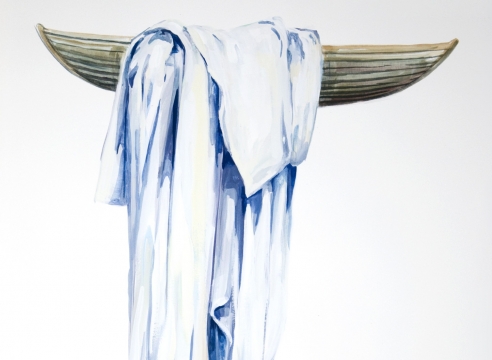 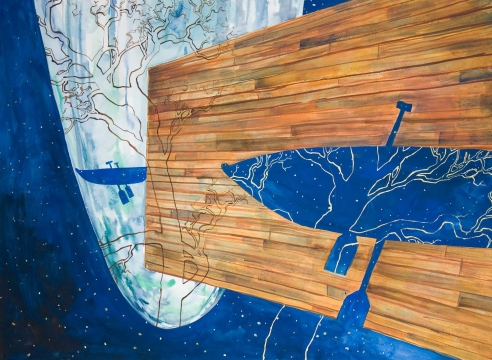 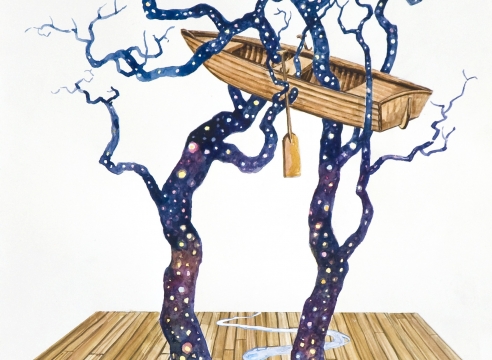 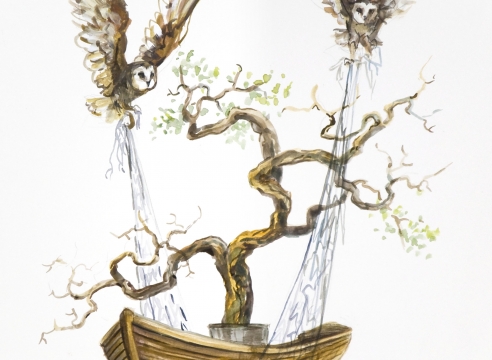 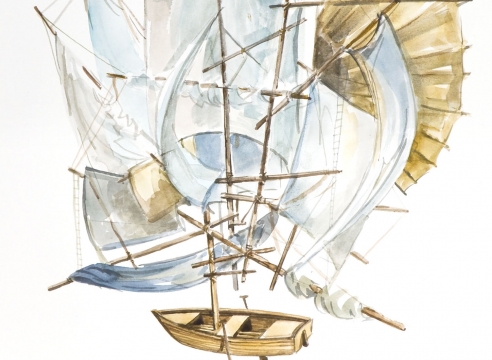 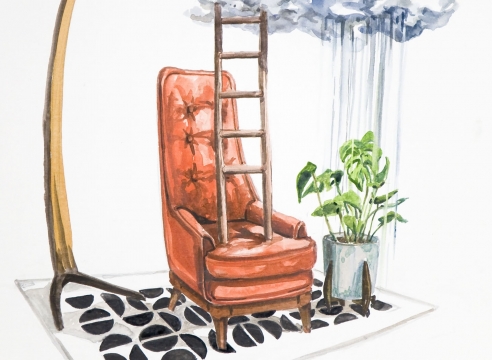 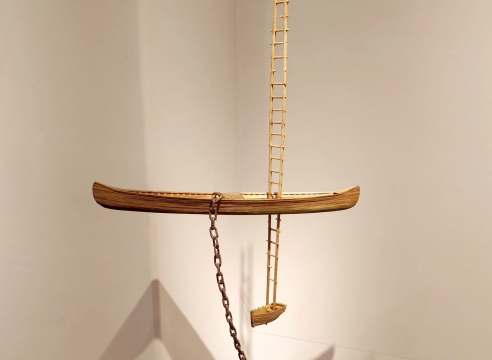 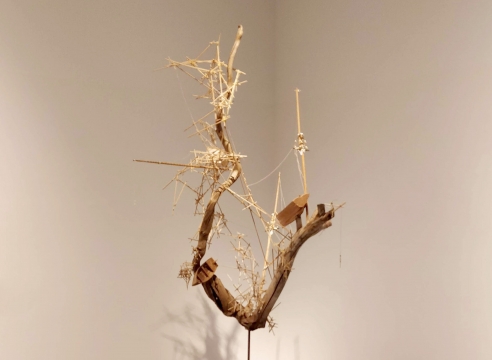 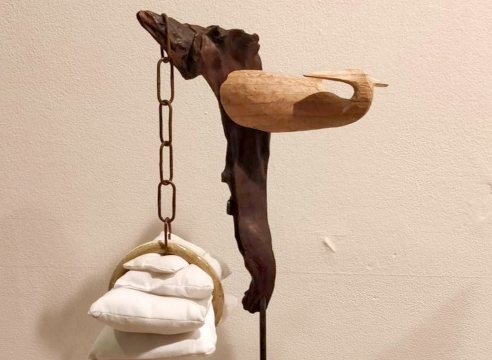 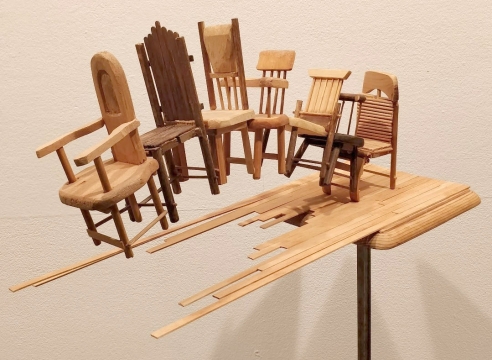 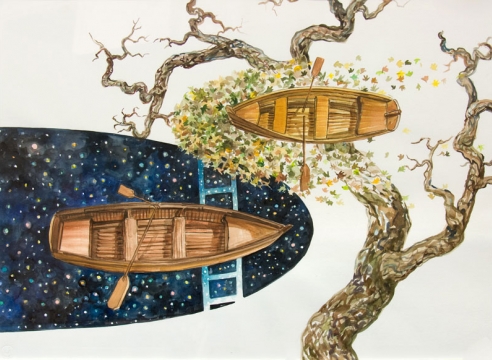 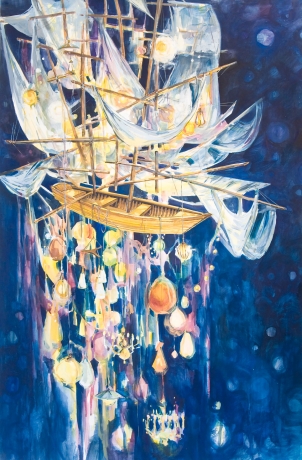 Nathan Huff's exhibition at the Sullivan Goss Gallery, Santa Barbara, which runs until 2019 September 24, is titled The Stories We Tell Ourselves. The young Californian artist relies for his visual creations on elements spotted in nature and around him. In this exhibition are gathered works that include certain realities belonging to the plant world (trees, plants but no animals this time) to which are added representations in a reduced model of things produced by man (boats, ladders, etc.). 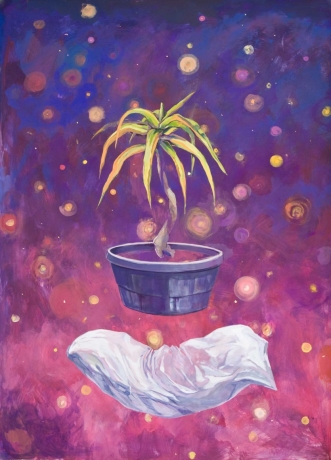 Nathan Huff's paintings and sculptures are made of recognizable objects – boats, sails, trees, rocks – but combined in a dream-like way where all defy gravity and encourage you to do so, too. In his solo show "The Stories We Tell Ourselves," Huff brings a selection of works since he arrived in town to teach at Westmont in 2013. 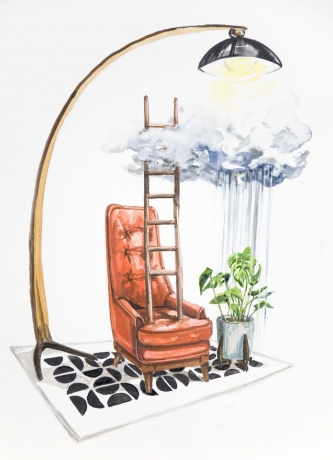 Nathan Huff: The Stories We Tell Ourselves

ENGAGINGLY FAMILIAR, YET TEAMING WITH OFF THE WALL DYNAMICS, Nathan Huff: The Stories We Tell Ourselves will be center stage at Sullivan Goss - An American Gallery's 1st Thursday on August 1st from 5 to 8pm.